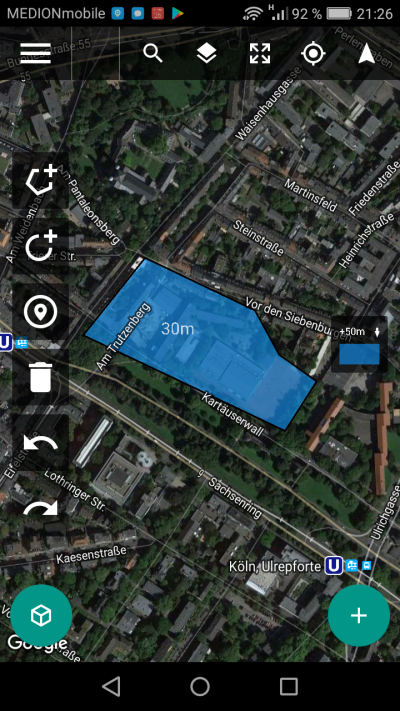 two days ago when the weather was inviting and the wind was calm i took the chance to try out a new drone app for photo professionals, still in beta, called drone harmony. the basic difference between the competing apps is simple, but impressive: before you plan your flight you tell the app where the obstacles are. the drone then avoids the buildings, trees, fences etc. you tell the app in the second step where and how to fly. maybe in a helix around a tower, or, that’s what i did, in a grid for straight down = orthogonal photography.

to cut things short: i’ll have to repeat the flight because – what i never thought about – the lighting conditions between beginning and end of flight were very different. when i took off, clouds cast soft shadows on the ground. towards the end of the expedition, ten or so minutes later, the sun came out, with sharp late afternoon shadows, confusing all four stitching apps i tried. 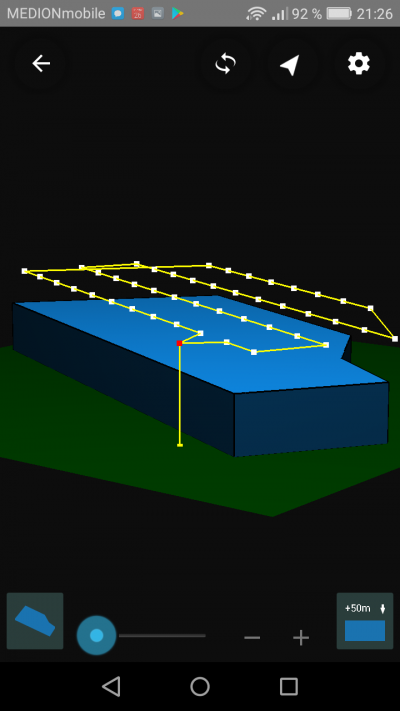 flight and photo pattern acroos the layed out area

first i let adobe photoshop lightroom deal with the 44 high res raw photos. i did some colour correction and camera profiling and then asked lightroom to stitch them all together. it took ages, maybe 20 minutes. lightroom offers no option for straight orthogonal images and chooses “perspective”: 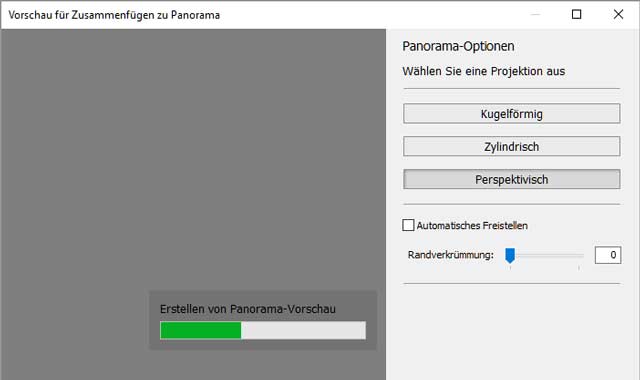 the result was this: 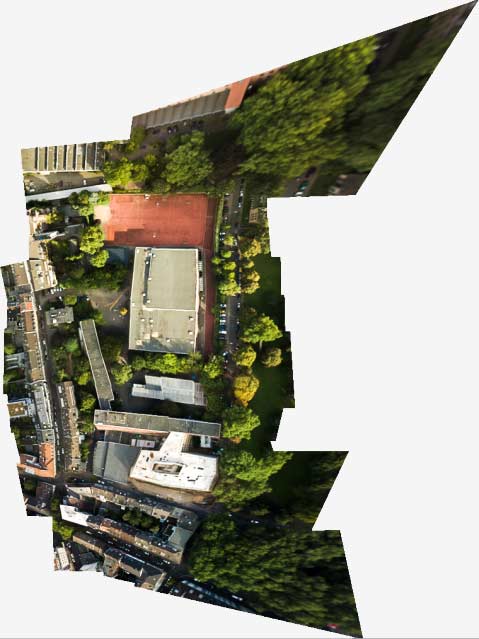 this attempt was not the worst, but puzzling. i could not determine where the extreme edges and distortion came from. the shape of the stitched object does only vaguely resemble the almost rectangular layout of the actual flight. next candidate: microsoft ICE. 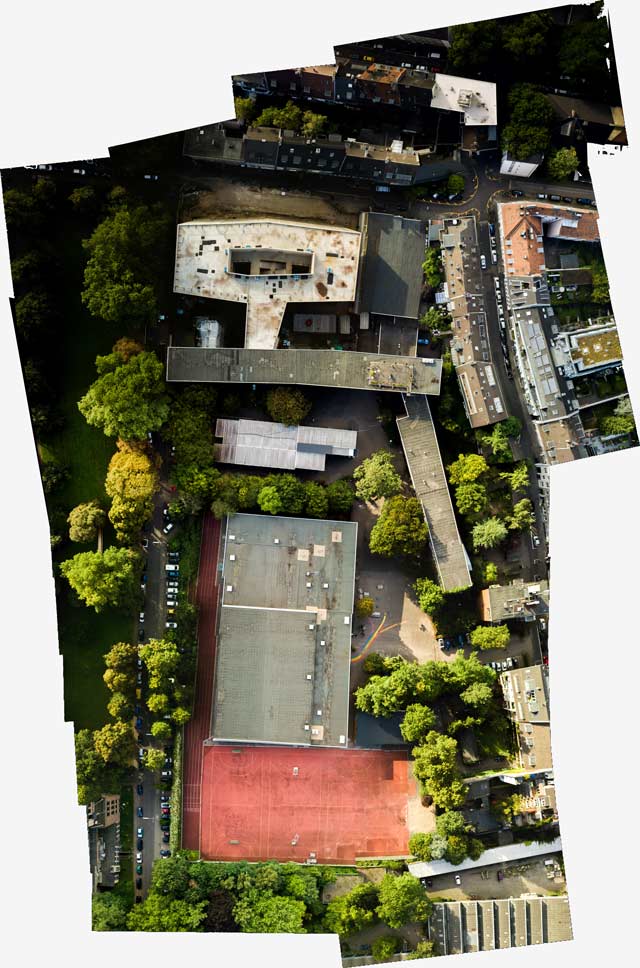 microsoft ICE did a much more sober stitching. i had used it before for 180° and 360° panoramas and little planet photos. nevertheless the pretty good looking panorama is flawed: 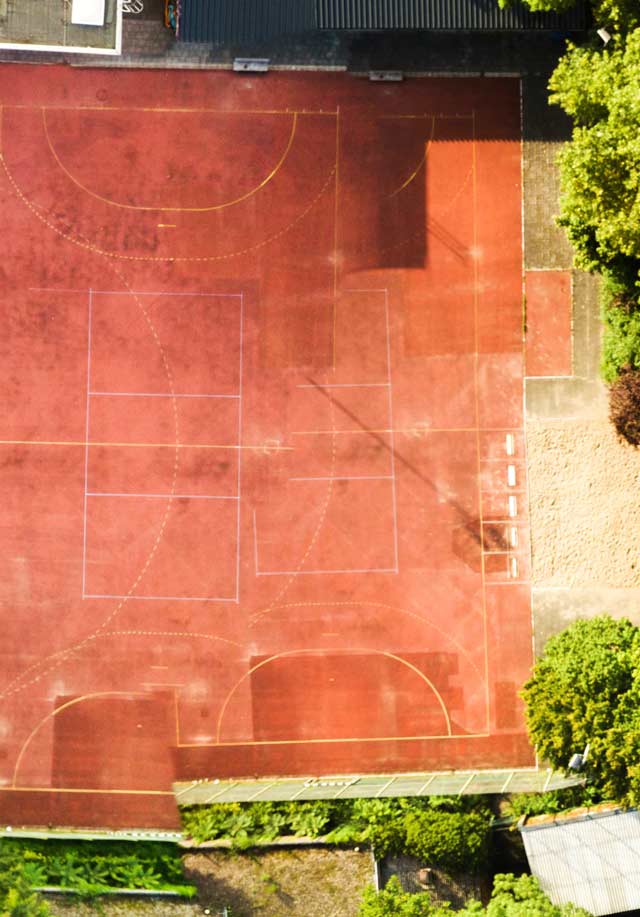 the reason for this problem is that the sports playground had different lighting conditions. the third candidate amazed me with its free inventions. you may call it creative or useless: photoshop CC.

photoshop, famous in the old days for its stitching capabilities, is a lame duck now. all it presented was the odd collage above, with pretty amazing details (below): 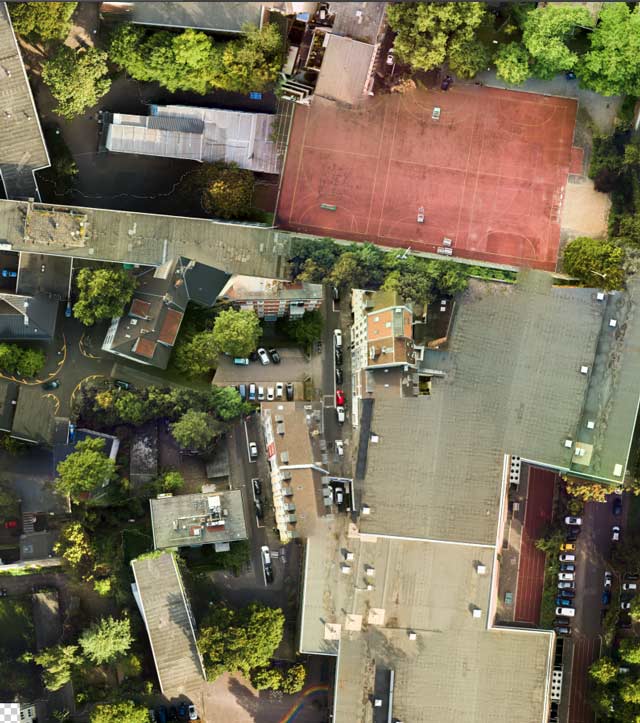 none of these buildings is at the correct position.

let’s zoom in at another section of the same stitching. photoshop thought, why not TWO sports grounds? here the problem with the different lighting situation is obvious:

the creativity of photoshop is so amazing that i risked another close look. here the two sports grounds (in reality there’s only one, of course) are seperated by trees: 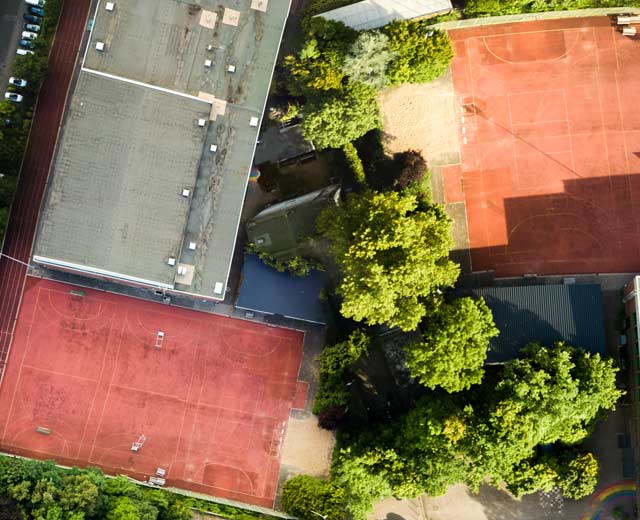 another attempt in photoshop

autostitch was the last software i tried – and it turned out to be the best, along with microsoft ICE. 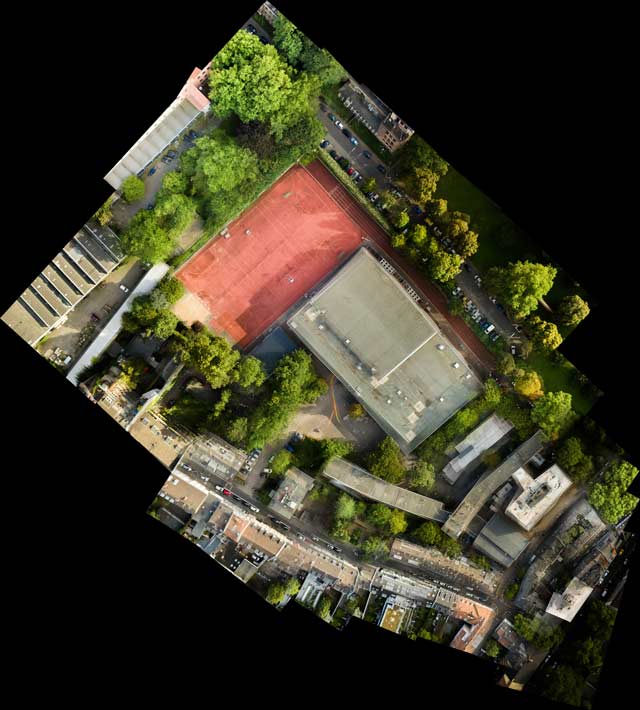 autostitch64 does a good job.

like microsoft ICE, it handled the different lighting situations with ease, but both programs have problems with details. this is autostitch, a detail from the center of the image above, buildings which seem to fall into pieces and blend together: 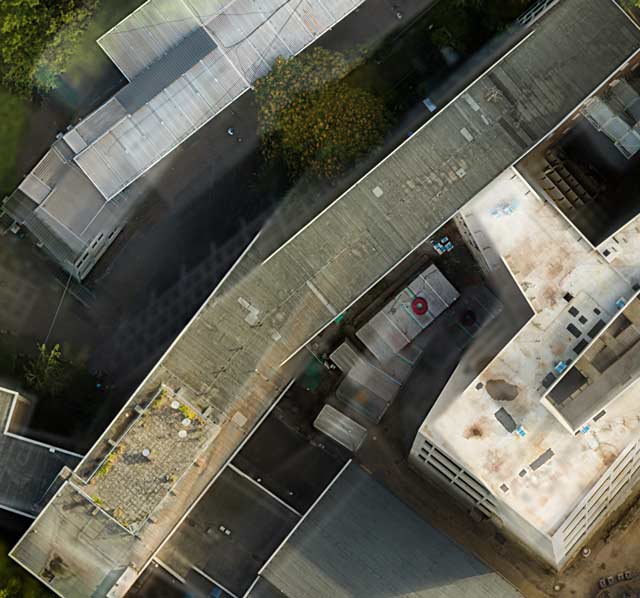 autostitch detail with lots of problems

so, i’ll have to do the flight again and see…

in the meantime, two years later, with better stitching software, i could solve the problem. see → here.