this is photoshop’s helplessness with stitching non-trivial panoramas. the error message in german translates to: some images could not be automatically put together because of missing elements in between. what PS instead does is arrange the images in a useless vertical row:

adobe lightroom which usually handles standard panaroma stitching with ease fails often with more complex panoramas. plus: it does not detect vertical shots where the drone moves in X/Y axis. lightroom tries to interpret the images as perspective, cylindrical or spherical shots. only with a preselection it did a decent job. the original image below is 9,000 pixels wide. 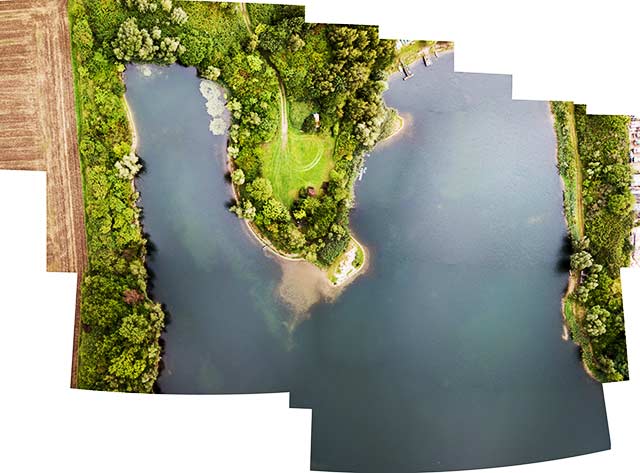 microsoft ICE is very robust. instead of leaving unknown/uncovered areas blank it invents its own landscape: 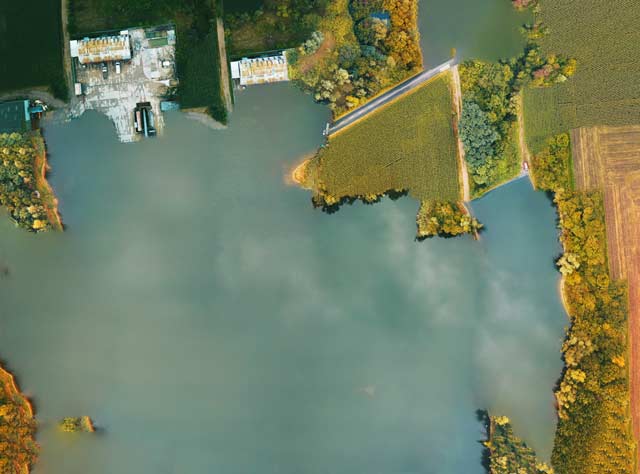 the image shows things in the top left corner which the other tools just ignored. in the top right area, however, ICE did some remarkable interpretations. here in detail: my car would run right into the river, roads fall into the lake etc. actually quite lovely. 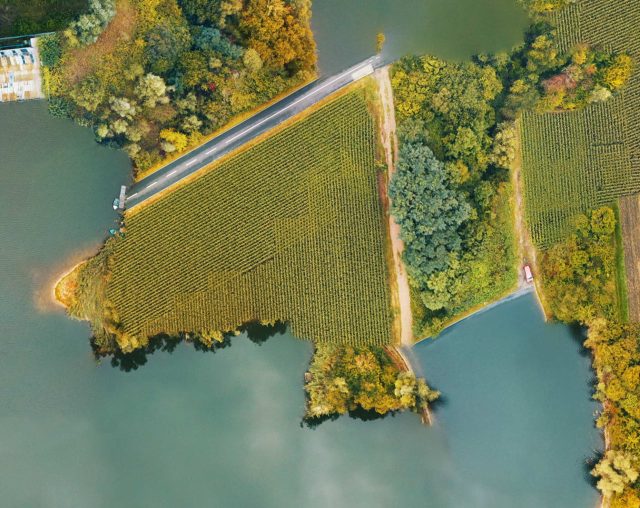 i think next time i need to pre-programme the flight using waypoints, to that nothing is missed out.

when i took these photos for stitching i thought about the legal situation. i was flying across a poisoned lake. it was poisoned because of the chemical industry factory nearby. does the chemical industry own the lake where under normal circumstances the local people would swim in summer? i don’t think so. they own as much of the lake as of the air they pollute and which we all breathe.

did i spy out anything? see the image which ICE put together. it shows premises at the top right which are certainly “private”. from a legal standpoint in most european countries us drone pilots must avoid flying over private premises. we may fly close, tilt the camera and have an almost vertical look down, but the straight vertical shot is so-so-ish.

in practical reality nothing can be spied out with drones flying at 100 or so meters altitude – because satellites do that all the time, and services like google maps or google earth provide those insights (oversights) for free, and free of legal punishment.

the tricky thing is when amateur drone pilots fly low across private property, invoking irritation, rage and lots of negative feelings against ALL drone pilots.