the following three images use the same 3D setting:

the light source is a simulation of real sky, called „physical sky“ in the world of 3D computeranimation. i modeled the car in 2 minutes using a simple cube and extracting ceretain polygon „faces“. the wheels are polygon cylinders; i used boolean operations to fit them in. a „mash“ network (programmed originally by ian waters, UK) distributed the single car 500 times randomly on the sphere‘s surface. finally, i set up a camera and rendered the scene from different angles.

the first image involved depth of field (DOF): only the car in the center of the scene is totally in focus. the effect has to be used with care: if the focus is too shallow the scene looks like a miniature setting of car toys and not like the big planet earth. it took 27 minutes to render this effect in 5k resolution using a standard, not very current PC, and rather advanced render settings. 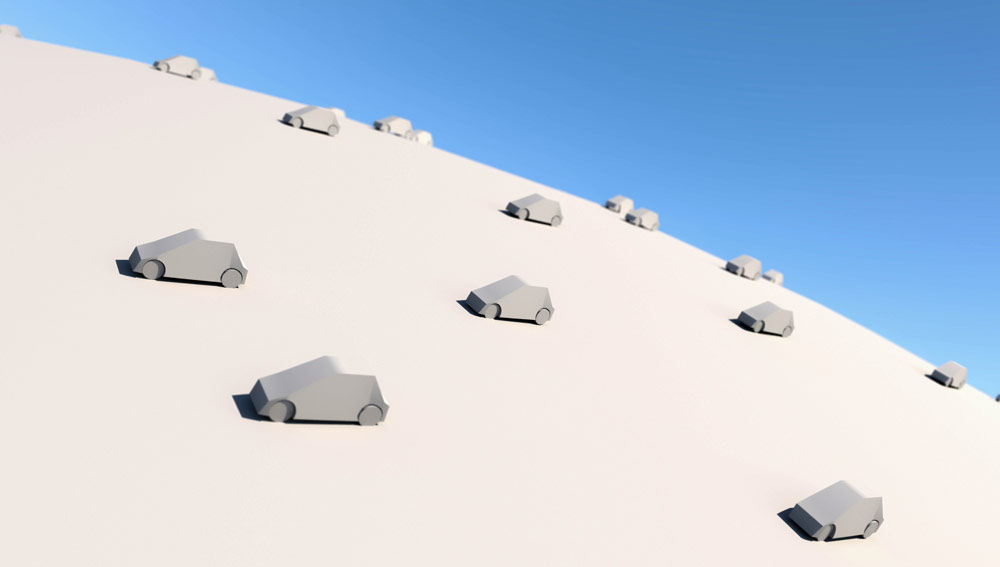 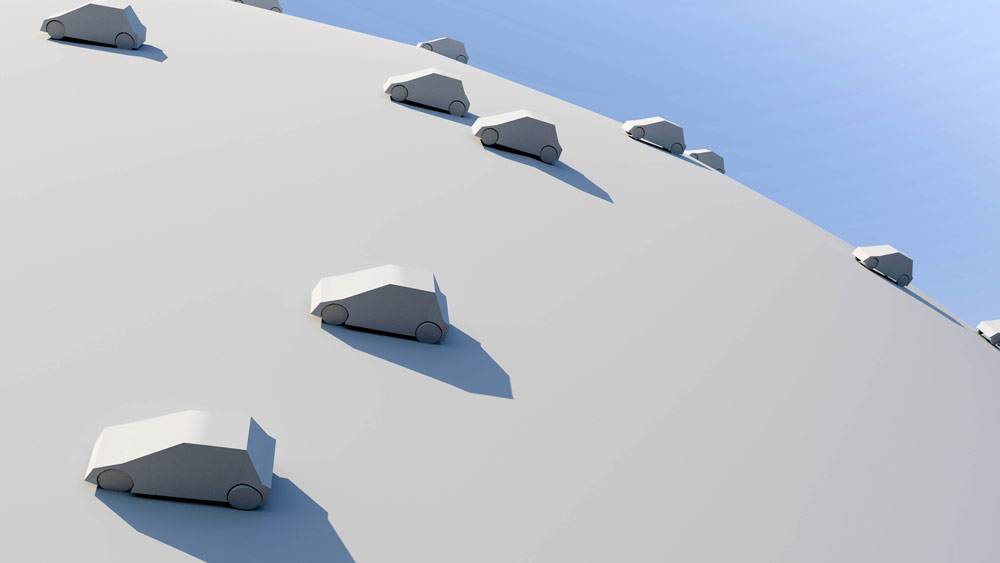 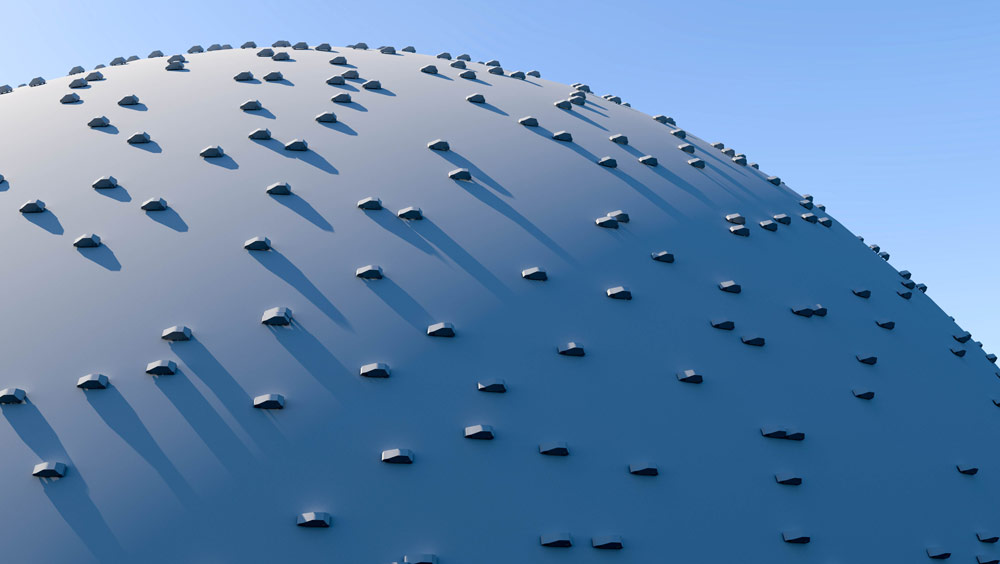