this is a short story i wrote for national public radio germany, in german, of course. i just translated it into english for a friend of mine. here it is. if you want to read the original, go to → deutschlandfunk, and if you want to listen to it, click on the audio icon in the image. 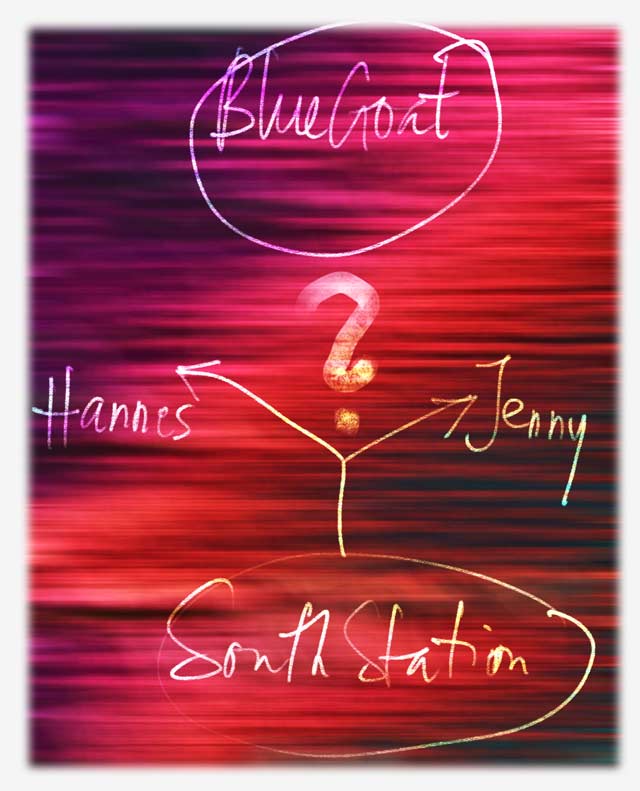 translation german → english with the help of gavin fearnley (englisch.in.koeln@googlemail.com):

It was Jenny’s and Hannes’ third date. And also the setting for their first fight. Their second date ended harmoniously enough, after several irritations some time after midnight, and continued with a look through the newspaper over a late, late breakfast the next morning. It was in the newspaper they read about a pub which had just opened close to the South Station. And there and then, the activities for a third date were settled. In the Blue Goat, they read, home brewed Pale Ale was served from draught. “Wow”, he enthused. “Pale Ale!”

At 6pm they met at the South Station, amazingly both at the stroke of the hour. What a sign! A symbol for their glorious future together. With soft, tender lips they kissed and took off, arm in arm, straight to the pub. A minute (or 100 metres) later the road split into two directions, left and right. Without too much thought, Jenny pulled to go in the right direction with Hannes to the left.

Since both of them were not yet used to the other’s pushing and pulling, there was no struggle. Softly they parted, maybe he even did it more tenderly than she did.

Before they knew it, their romantic walking arm in arm had dissolved. Without much thought, their hands instinctively started to grab around in their pockets for their smartphones and, crucially, Google Maps.

Jenny moved two steps forward, three back and with great authority said “Of course, the Blue Goat is to the right!” She put the phone back into her pocket and like a guidedog leading the blind, pulled Hannes along with her. Hannes found it overbearing. But Hannes being Hannes didn’t want to drop the word overbearing too early into the relationship. Instead, with equal authority and confidence, stated that his Google Maps definitely pointed to the left – provoking her to snap, “Since when has Google Maps provided personal maps?”

The atmosphere had now hit rock bottom. Stubbournly, both of them walked away in their directions of choice, without a turn of the head to the other.

As a neutral observer I can verify that indeed none of them turned round to face the other. However, they both, from different directions, walked into the pub – almost at the same time. And after two freshly draughted home-brewed Pale Ales they heartily laughed about how ”Google Maps is totally crackbrained“ which in previous times had ruined relationships.

As a precaution they called an Uber to drive them home – to his or to her place? That I cannot reveal, due to data privacy.